Bang Lang stork sanctuary in Can Tho city

Located in Thot Not district, the sanctuary got its name as in the past, the road to the sanctuary had been planted with many Bang Lang or Queen’s Flower trees. Although there are not many of the trees along the road now, local people and visitors still call it “Bang Lang Stork Sanctuary”. 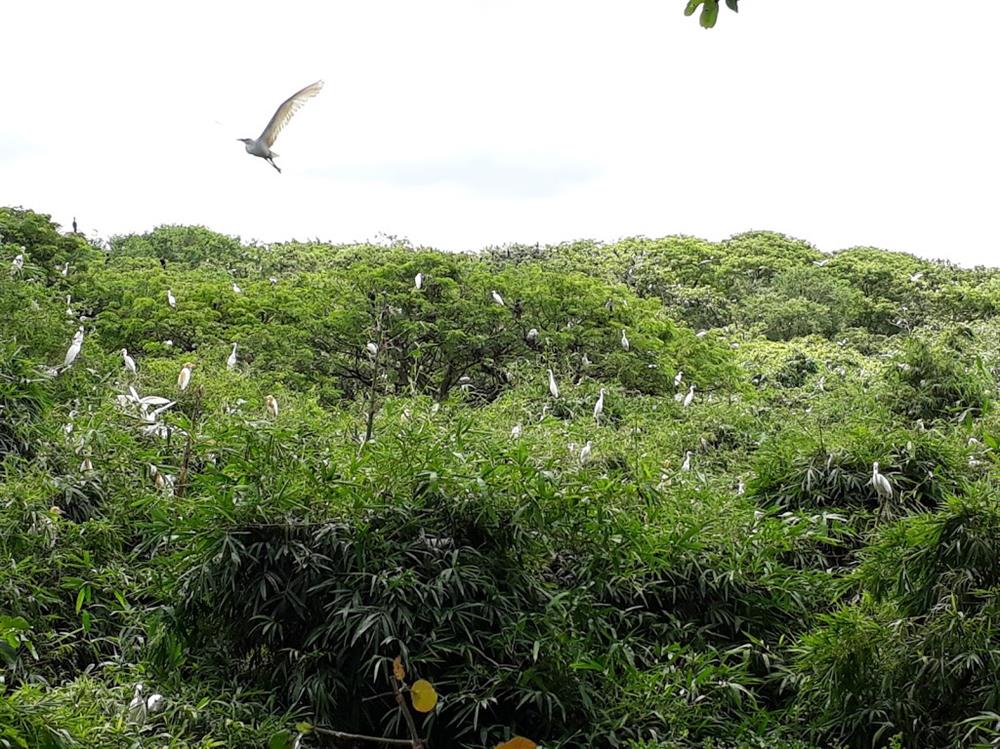 The area was once rice fields surrounded by bamboo trees, nipa, tamarind and calophyllus. Storks have resided there since 1983. Nguyen Ngoc Thuyen, owner of the sanctuary, and his children then planted more kinds of trees to make a home for the birds. Nine years later, the storks began setting up their nests in the area.

“In the past, we did not care whether the storks stayed or left. However, more and more have come to live here,” said Thuyen. “I told my children that ‘birds nest on good land’ and asked them to protect them. Thanks to the sanctuary, my children and grandchildren have a chance to learn about birds like crows and storks,” he added.

Storks often gather in large numbers between the ninth and twelfth month of the lunar calendar. Over the past three decades, many trees in the sanctuary have died as storks overcrowd them.

Thuyen estimates that more than 300,000 storks of nearly 20 varieties reside in his sanctuary. According to him, a stork lays eggs four times each year and it takes six months for a chick to mature. 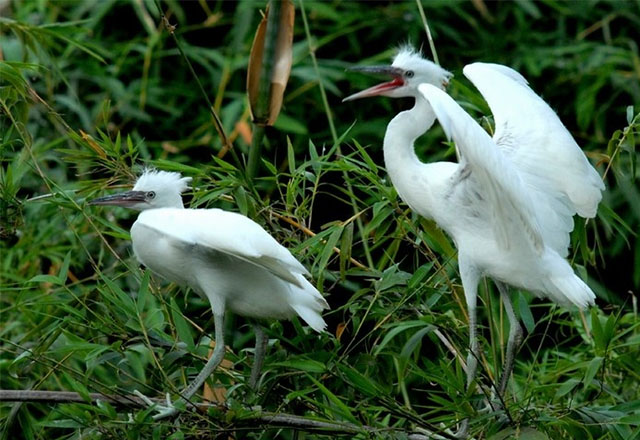 When a young bird falls down from its nest, Thuyen brings it home and feed it until it becomes mature. Because the sanctuary is very large and accommodates thousands of nests, if the chick is not returned to its right place, it will be pecked to death by the mother stork in the nest.

According to Thuyen, not all of the storks live in the sanctuary at the same time. Two months after the eggs hatch, mother storks and their young will leave to make room for others.

Visitors can see the storks from a distance or from a bird’s eye-view as storks are sensitive to strangers. However, they consider Thuyen and his family as friends and they are the only persons who can enter the sanctuary. 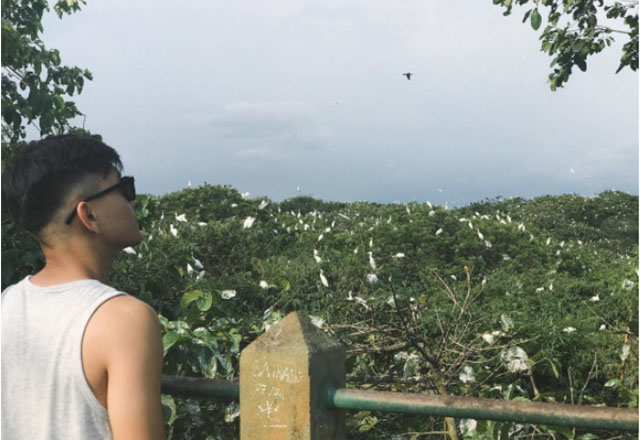 The sanctuary has attracted many domestic and foreign tourists, who have interesting experiences with different kinds of storks.

Nguyen Ngoc Thuong, a tourist from Ho Chi Minh City, said her family often visits the sanctuary during holidays to relax. Moreover, her children will have a chance to understand more about storks that they previously saw in books.

Marc Jorsgense, a US tourist, said he has visited many bird sanctuaries. However, no place is like this as it gathers many types of storks.

Seeing storks flying in the evening, visitors will drift back to their childhood and mother’s lullabies and the image of storks. 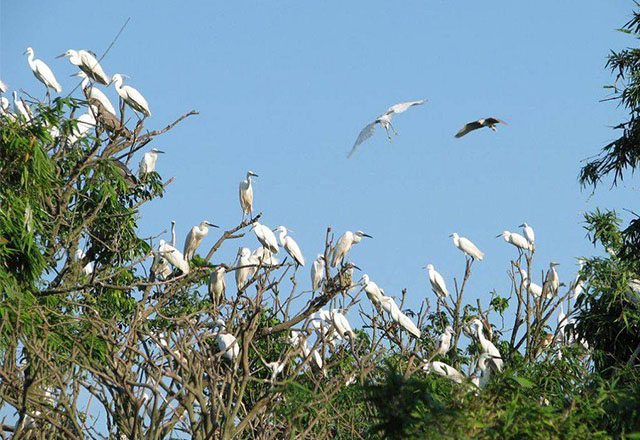