There is no specific month best for visiting Vietnam. Each month the weather will be different depending on the location of Vietnam you are visiting. Vietnam has more than 2000 miles of coastline and three different weather systems.

Vietnam is known to be a humid country, but the weather can vary significantly in each region. On one side of the country, you will find snow in the mountains, and then in the Northeast, it will be hot with almost 32 degree Celsius. But the worst time to visit is May to August generally. Also, that is the busiest time to go as there will be more tourists.

Avoiding going then should be fine, and you don’t have to face heavy rainfalls, the weather might be hot, but it is bearable as compared to the unbearable heat of summer.

Ho Chi Minh City or as the locals call it Saigon is a closer to the equator than the other regions of the country. This, in turn, makes it warm all year round. Most of the daily average temperature is around 28°C. It still gets rainy seasons; they are mainly in May to November. Find out what Ho Chi Minh weather is like.

The best time to visit would be in winter where it is still hot around 26°C, and there are much fewer tourists around, and prices are a bit cheaper.

If you want to have the best heat, then I advise you to go in spring from February to end of April, as April the weather gets to around 34°C and that is the best weather Ho Chi Minh Has to offer.

The Mekong delta also called Nine Dragon River, is a river that goes through Vietnam and Laos. It is full of swamps and islands. Rice paddies and small villages that surround the river. The tours mainly start from Ho Chi Minh City.

The rainy season in the Mekong Delta is from May to end of August. Nevertheless, the rain in this area only lasts for a short time each day. It won’t affect your trip. The locals use the river to sell, and exchange merchandise called the floating market.

The best time to visit it is from September to November as this is the floating season, but lots people go then. As well as this, December to April is not too hot and very pleasant.

Da Lat is centered on a lake and golf course and surrounded by hills, pin forest and waterfalls. It was developed as a resort for the French in the early 1900s.

As it is a very hilly place, it is colder than all the other regions. It has two main seasons, and they are the dry season that is from November to March and rainy season from April to October.

The best time to visit Da Lat is from December to March, where the famous flower garden is in full bloom.

The one significant advantage of traveling in the rainy season is you will get fewer tourists and cheaper rates. But will get colder to even 10°C at night, but if you’re from the UK you will be used to this.

Nha Trang is a coastal resort city. It is known for its beaches and great for diving and exploring the offshore Islands.

Nha Trang has two seasons. The weather in Nha Trang is warm and humid from January to September. Its monsoon period is from September to December.

The city gets a warm temperature all year round from the lowest around 18°C and an average high of 30°C. The best time you should go to Nha Trang is from May to August where it is the hottest, and there is less rain, but that is a trendy time for tourist.

If you want to go when it is less busy and warmer than go in February to May when the temperature is around 27°C.

Phong Nha National Park is a UNESCO world heritage site. It is located in central Vietnam that is near Laos. It is covered with mountains, tropical forests and underground rivers in caves such as Sơn Đoòng cave and Phong Nha cave. You can even sometimes see tigers, black bears, and elephants.

The weather in Phong Nha is the same as the North where it has Monsoons but still very hot in the summer from May to September can get to around 41°C.

In winter from October to February it can get as old as 6°C, but the weather in the caves will be still hot around 20°C. The best time to go to Phong Nha when it is warmer and less rain is from February to August Find what are the best caves to go to in Vietnam and many more wonderful things to do in Vietnam in my article.

Hue is a central city that was once the capital from 1802 to 1945. It was also home to the Nguyen Dynasty emperors. Hue has a wet season that is from September to December and the rainiest months are October and November.

From January to August is a dry season, but sometimes there is rain in the afternoon If you go in June to august in the mid-summer months. The temperature can get to mid-thirties. Usually, January to August if you are not going in prime summertime, it is around 20 degrees Celsius to 24 degrees Celsius. I suggest not to go in June to August as it will be unbearable to walk around and there are lots of tourists.

Best Time To Visit Hoi An

Hoi An is a city that has a UNESCO world heritage site, that is the Old town that has a canal running through it. It was once a former port city. It has Chinese wooden shophouses and temps to French Colonial buildings.

The dry season in Hoi An is from February until July. There is still rain but not as much as the other months. The weather is still warm. Or you can go in May and June where it is more hotter, but there will be more tourists.

During the monsoon season, the weather drops to around 26°C, and that is still hot, but in the summer the temperature can get to round 30°C.

Find out what the weather in Hanoi. Hanoi is the Capital of Vietnam and is known for its old architecture and rich culture with Southeast Asian, Chinese and French influences. Compared to the other cities it is very small.

As it is a small city, even thing is compacted, making it hotter. Hanoi summer runs from May to September and that time of year brings in the heat. And it can reach to around 32°C with short bursts of rain. 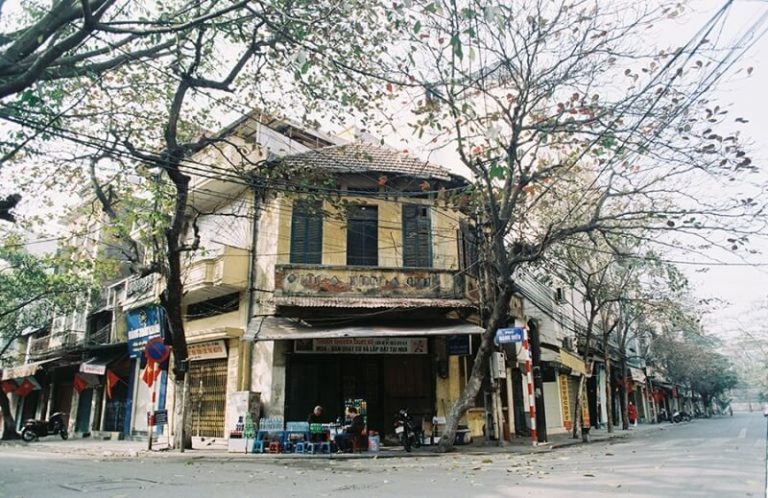 Walking around the city in the summer is not ideal in the heat, so the best time to go is winter where it is more cooling and less rain. And the temperature is around 17°C. The best month to go is from October to November, and it is still hot but not too hot as it is about 21°C and more sunshine than rain.

Ha Long Bay is a UNESCO world heritage site. It has thousands of islands and rainforests. Some of the islands are named after their shapes such as Stone Dog and Teapot Islets. The area is famous for, boat ride, kayaking, scuba diving, rock climbing, and kicking.

As Halong Bay is not too far away from Hanoi, the weather is very similar. In the winter from December to February Halong bay gets foggy and light rain in the morning and at night. The temperature is around 13-20° C. If you want to get a different look of Ha Long Bay than this is a great time to go, but in my option, you won’t see the true beauty it has to offer with all its colours.

From March to May is Ha Long bay rainy season, as it rains more and the weather is warm as it gets to around 24°C,

Most people go in the summer as it is hotter around 30°C, it rains sometimes, but mainly sunny with clear skies, so you get the best views of Ha Long Bay. So I suggest going from April to May before the tourist go.

Sa Pa is a town situated in the Hoàng Liên Son Mountains of northwestern Vietnam. It is famous for trekking. It overlooks the terraced rice field.

In Sa Pa, avoid visiting it in the wet season, which lasts from June to September for almost three months as roads and footpaths would be slippery. But I visited in July, and it did not rain once. I would have loved it to rain, as trekking for 6 hours was a sweaty job and expressly in the heat getting around 30°C.

The best time to go to Sapa is March to May as it is the driest month and is warm. As well as it is less crowded. In winter it will be cold and dry that is good for taking photos and trecking also as you break into a sweat hiking.

Vietnam is not famous for its beaches, but you will be amazed that they have some great beaches. The beaches have white sands and snorkeling and not as popular as other beaches around the world so that it will be less busy.

Deciding on what time to go to the beach will highly depend on what beach you want to visit. The beaches are from North Vietnam to the South down the east coast and accommodate all seasons.

The coastline around Danang and Hoi An are warm all-year-around with temperatures reaching 38°C in the summer and 24°C in the winter. The dry season is from February until July if you go toward the end it will be scorching.

The south has warm temperatures all year round with highs in the summer of 30°C. Nah Trang beach Monsoon season is from September to January. Phu Quoc and Mui Ne experience wet season from June to September. The best overall time to Visit Vietnams beaches are spring and autumn

find out what is the best beaches to visit in Vietnam.

One way to make your Vietnam trip more spectacular is to try to go to some of the festivals. Vietnam has a few festivals that you should not miss, and they are:

There are a few months that are the best time to travel to Vietnam is spring from February to April and the end of summer to autumn August to October. As there is less rain and it is warm but unbearable.

The best overall two months to go is March and April where you get the lowest rain across all of Vietnam. As well as this, there will be less tourist and pieces are cheaper because of this.